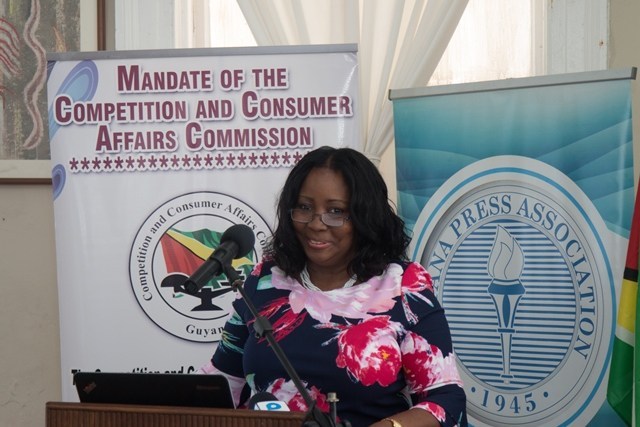 Director of the Competition and Consumer Affairs Commission (CCAC), Dawn Cush, on Tuesday, January 23, said the time has come for the Hire Purchase Bill to be redrafted to offer more protection to consumers. Cush was at the time responding to questions after a presentation on Competition and Fair Trade and Consumer Affairs Acts on Tuesday at Moray House.

Cush highlighted that “the biggest issue with the current hire purchase bill is that a consumer could take out something from any of the outlets that do hire purchase and, say, for example, the person has 24 months to pay and they pay for 23 months and in the last month failed to pay, they [outlet] can come and seize that item from you because the item belongs to them until you are fully paid off.”

However, she said the redrafted bill will seek to ensure that repossession of items goes through the court once that consumer has paid a certain percentage of the hire purchase amount.

“One of the things with the hire purchase bill, is that if you have paid more than a certain percentage, the company would have to sue you for the remainder of the money that is owed but they cannot repossess it,” Cush said.

She noted that the bill has been lodged at the Office of the Minister of Legal Affairs and Attorney General well before she became Director and before  Minister Basil Williams was appointed to the post.

“What happens is there are so many ministries competing to have their legislation be pushed through, in terms of things like Anti-Money Laundering and so on, they always get the priority” the director explained.

According to Cush, the current Bill might have to be redrafted to be relevant. “The wait might not have been so bad because if we had an old Act, then the old Act like so many old Acts in Guyana, after a while they are no longer relevant” she stated.

According to the Act, if or whenever a consumer is dissatisfied with the performance or appearance of a purchase, be it food, electronic appliances, furnishing, tools, construction materials, interior or exterior décor, clothing or any sundry item such as umbrellas, cookware or jewellery, he or she has the right to return it to the place of purchase and seek redress.

Further, the Act states that before payment is accepted from a purchaser, the supplier has the responsibility to provide to consumers, in English, all information pertaining to the product, e.g. place (s) of manufacture and assembly, brand, guidelines for installation and hazards.

The rights of consumers are detailed in the Consumer Affairs Act 2011, which outlines in simple terms, the responsibilities of both the supplier and the buyer of any goods or services.

It was also recognised that there is a need for hire purchase consumers to be protected from businesses and the current laws governing Hire Purchase does not guarantee much of that protection.