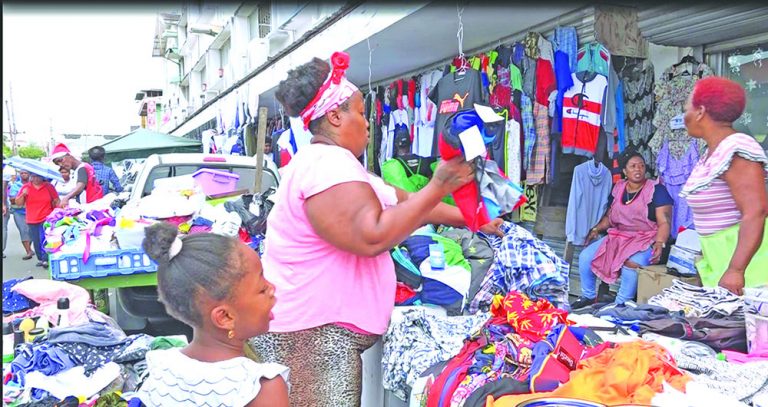 Customers need receipts for complaints to be processed – CCAC

For some, a receipt is just another piece of paper that goes in the garbage but for the Competition and Consumer Affairs Commission (CCAC), it is the only proof of purchase that allows them to investigate a matter which can entitle one to a refund or return.
This was explained by a consumer affairs officer, Feyona Austin-Paul, in an interview with Guyana Times on Tuesday. Austin-Paul was at the time explaining the process of how the Commission goes about investigating and ensuring that customers get value for their dollars.
She explained that before a customer can be given a refund or return, there are certain conditions they must meet.

“We enforce the Consumer Affairs Act which states that if a product is defective, a consumer has up to six months to have a form of redress and if you are asking for a return or a refund, there is a seven days policy whereby you can return an item if you made a purchase and you don’t want it anymore. It must not be damaged, must be in a proper storage or packet,” the officer noted.

Austin-Paul told Guyana Times that those conditions must be met to ensure that the supplier is not taken advantage of. But before things reach that stage, according to her, the customer is advised to contact the supplier on the matter for redress. If the supplier does not look into that customer’s issue, then the CCAC steps in and talks commence to resolve the complaint.

The next step from there, she said, is to have an independent technician assess the product and if a manufacturing defect is detected, the supplier must provide the customer with a refund or another item.

Austin-Paul briefed, “We tell them about their obligations according to the Act and we give them the chance to voluntarily comply. There are some cases whereby we have to go and get an independent technician to do an assessment or diagnosis of whatever the issue is cause we deal with durable goods and services and we are not the experts so we contract independent experts to do our assessments for us and based on the results, once it’s a manufacturer’s defect, we tell you well this is what our findings are and we give you access to that document and you are asked to voluntarily comply”.

If the supplier is reluctant to comply, the matter is then brought to the attention of the Board of Commissioners which function as a judicature on the Commission and would do its own investigations before declaring a decision on the way forward.
If suppliers are still stubborn, they can be taken to court.

In the past, the Commission has lobbied for customers to ensure that they collect and furthermore, demand their receipts. The unit has even advised to avoid shopping at stores that do not issue receipts.